Value-based agreements: the future of life sciences deals in the UK?

Value-based agreements: the future of life sciences deals in the UK?

However, they also raise questions about the value and risk posed by new healthcare technologies. How, for instance, should health systems think about pricing new gene therapies which are potentially curative for chronic diseases that were previously difficult to treat?

As the development of diagnostics and therapeutics with significant promise and uncertainty continues, health systems and LS companies need to move beyond traditional cost-per-unit and rebating models to manage this uncertainty whilst ensuring rapid access.

We have seen this happen most prominently through the development of more flexible and creative value-based agreements. VBAs can take various forms and are often framed as strategic partnerships between payors/providers and LS companies. Their scope or focus may embrace a particular therapy or an entire disease or patient population, and they may be struck at a national level or a sub-national/local level.

For example, health systems and LS companies may consider pursuing a VBA if a new technology has strong NHS interest but is also associated with significant uncertainties in its clinical and economic case for adoption. 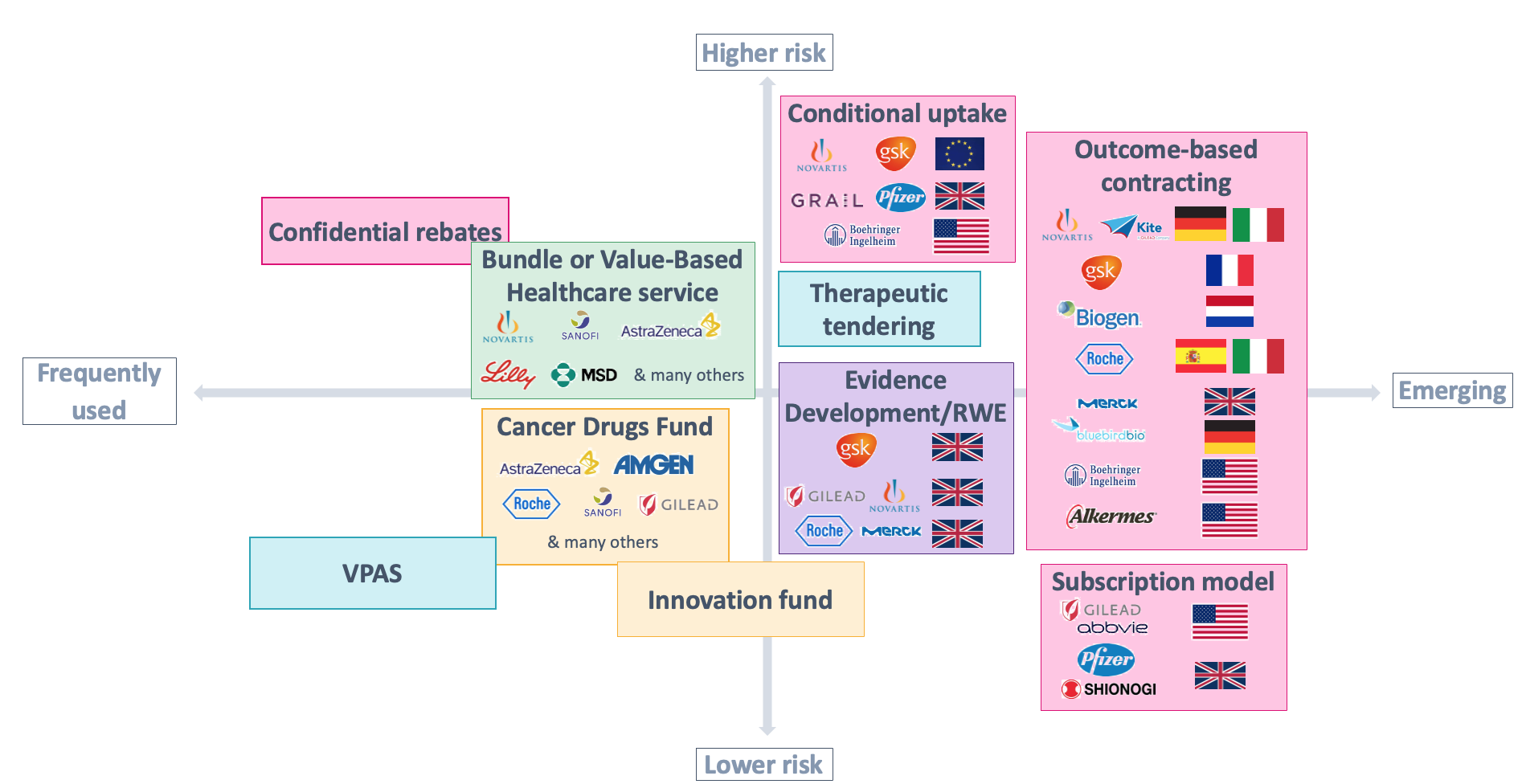 VBAs are becoming increasingly popular across the globe — including in the UK, where the NHS has recently struck several large-scale, value-based deals and signalled increased interest in similar future agreements.

This article explores the status of VBAs in the UK and important requirements for forming and implementing successful deals.

Where does the UK stand on VBAs?

The UK has had many local-level VBAs with individual clinical commissioning groups/ICSs — at times designed and delivered with relatively limited publicity.

In contrast to this local-level success, UK national-level VBAs have received greater publicity, but they have also developed a mixed track record over time. This is partly because of execution challenges — such as difficulties with agreeing on an appropriate focus for the deal — which many other private and national healthcare systems also face. Then, of course, there is the all-important issue of price.

Figure 2: select examples of national and sub-national VBAs in the UK over time (non-exhaustive).

However, like other healthcare systems, the NHS is experiencing a range of changes making the country an increasingly favourable environment for VBAs — including implementing more innovative and agile approaches to support increased access, leading-edge national data capabilities and the shift to ICSs.

Beyond these developments, the successful partnerships forged between the LS industry and the NHS during the pandemic have laid the foundation for a more successful collaboration. The LS industry has also renewed its focus on the UK as a critical global reference market, and the UK government has maintained a commitment to making the UK a major global life sciences hub.

These changes signal a strong willingness to shift the approach to making deals with LS companies in the UK and the motivation to handle more complex deals that can drive better patient outcomes and deliver better value for money. Just as importantly, at an NHS ecosystem-wide level, they signal significant emerging VBA agility and capability to deliver.

Yet, although the UK is becoming a more favourable environment for forming innovative VBAs, some barriers and challenges remain, including fragile trust and confidence between the NHS and LS companies.

VBAs are also operationally complex to implement due to the data required to assess impact and provide a basis for risk-sharing payments and the need to minimise disruption to NHS care pathways. These deals can also be expensive, time-consuming and complicated to design.

Additionally, LS companies often do not consider VBAs early enough in the therapy development and commercialisation process; internally, they often lack the capabilities and processes for planning, designing and implementing VBAs.

Finally, whilst the recent NHS focus on high-profile, strategic smart deals is important, it may mean missing a whole category of mid-sized deals (sub-national VBAs at the CCG/ICS level) when national-level agreements are difficult to strike.

Criteria for successful VBAs in the UK

Once an LS company decides to pursue a VBA, its leadership team should address several practical issues. These include developing and crystallising the proposition and focus of the VBA, determining the stakeholders that will need to be engaged and mobilised, identifying the data requirements for the success of the deal and investing in the capabilities to enter into such agreements.

Though it is difficult to guarantee the success of a VBA, recent and past experience — as well as the direction and priorities of the health system in the UK — also point to several conditions which would improve the likelihood of reducing risk for stakeholders and aligning their ambitions, leading to successful deals:

Despite the complexity of forming, agreeing and implementing such deals, VBAs are becoming an increasingly important means of enabling access to new technologies. Having more VBAs will mean getting the right medicines and technologies to the right people — and, therefore, driving better patient outcomes and better use of health system resources.