The recently announced “mini-budget” made clear the government has prioritised economic growth and committed to an immediate cut in national insurance, whilst underwriting energy costs. This fiscal environment, combined with inflation, will almost inevitably result in a pressure on all public spending and a re-examination on where spending is directed. Recent announcements indicate that public sector budgets – including the NHS – will not be “topped up” to prevent a real-terms fall in budget, against a backdrop of rising inflation. This comes at a time when the NHS is already under immense budgetary pressure and has been struggling in terms of day-to-day operational pressure (and associated funding requirements).

New analysis by CF, undertaken on behalf of NHS Confederation, finds that growth in healthcare investment has a clear relationship with economic growth. This analysis has been made possible by bringing together, for the first time, longitudinal data from multiple sources linked at the local level across all of England.

The main argument that health investment leads to economic growth is that increasing spending on the NHS results in a healthier population with higher levels of workforce participation, based on three findings:

In addition, the NHS itself has a powerful role as an employer. Half of NHS spending is on workforce and the NHS is the largest employer in England. The role of the NHS as an employer is especially important in more deprived areas.

This means that spending on the NHS should be regarded as an investment not a cost.  Improving population health can drive higher levels of economic growth across the country. 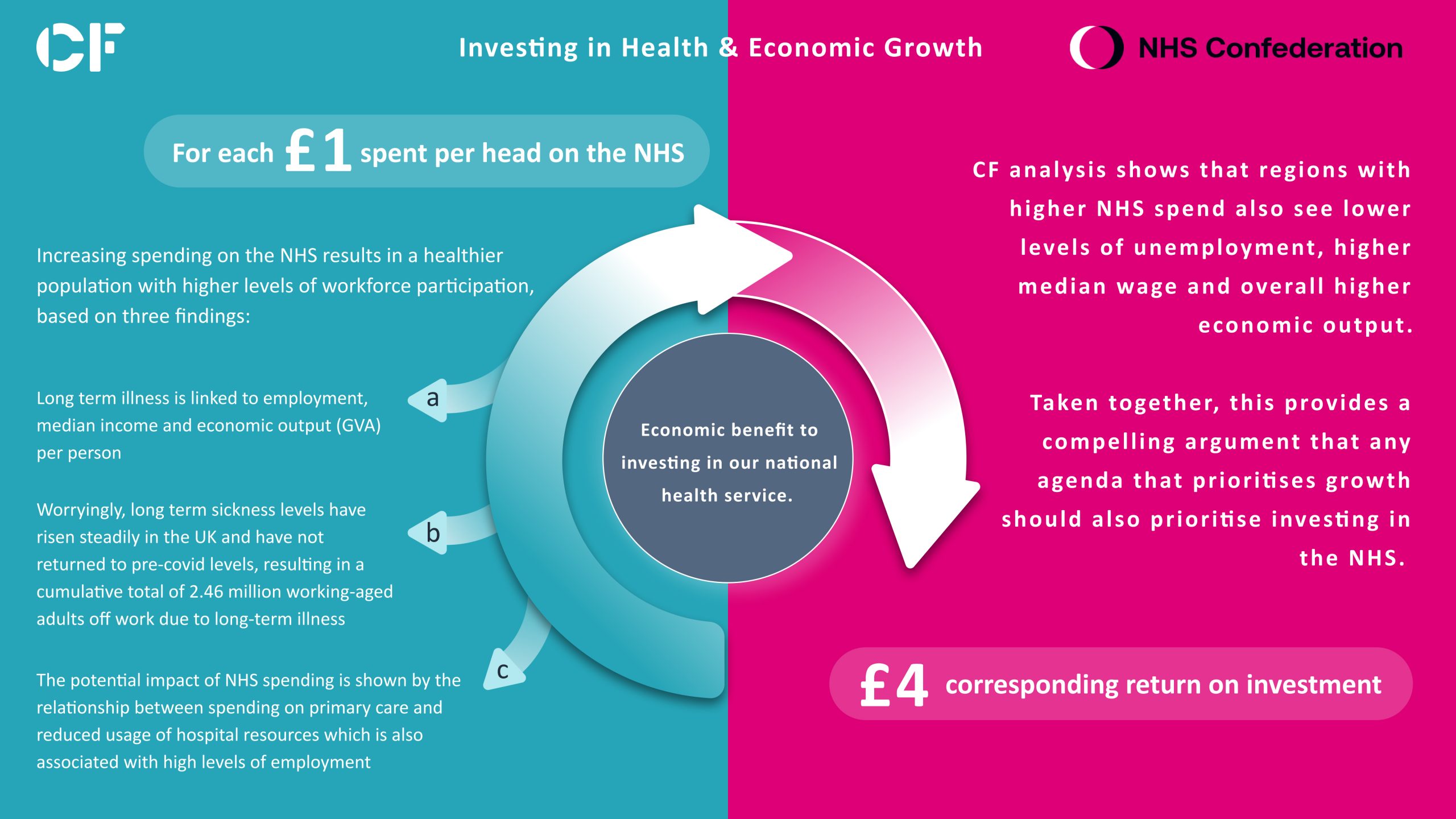